4.75
Number of opinions issued: 4
Write your opinion
For opinion you will receive 3 PTS
in our loyalty program.
53
41
30
20
10
Click a rating to filter reviews
4/5
Thanks for this pretty well sown chasuble. The color combination is very nice. Only the crosses could be made more carefully.
2018-01-18
Jan, Pohled
Was the opinion helpful? Yes 0 No 0
5/5
Five years ago I bought this chasuble and liked it very much. Later a few priest friends of mine ordered through me this chasuble at least four more times. It is a beautiful blue and very well sown.
2015-04-10
Matthias, Orlando
Was the opinion helpful? Yes 1 No 0
5/5
I purchased this for a priest friend of mine. It is beautiful and sturdily made. He was very appreciative and most happy with it. I would recommend it.
2014-12-23
Blayne, San Antonio
Was the opinion helpful? Yes 1 No 0
5/5
I bought this Marian chasuble from Ars Sacra, with cream colored brocade instead of blue, which arrived to me in Sweden yesterday and it's absolutely beautiful! Way over what I expected, actually. Thank you very much!
2014-08-15
Fredrik, Vadstena
Was the opinion helpful? Yes 0 No 0
There are no opinions with this number of stars.
See more
Write your opinion 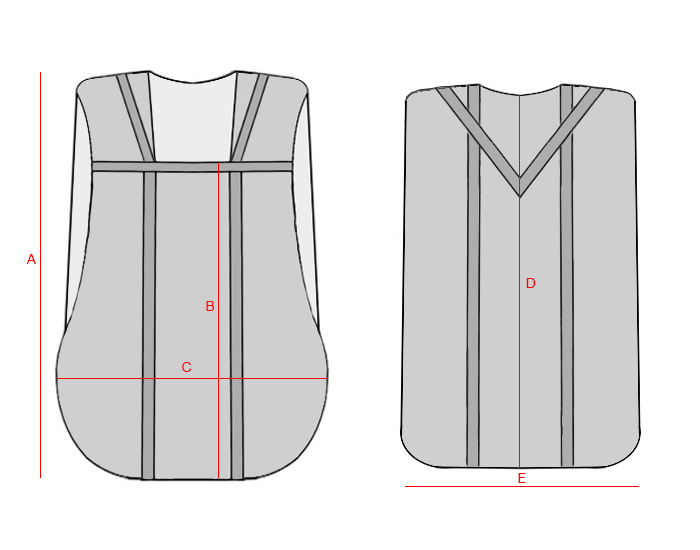 4.61 / 5.00 526 reviews
IdoSell Trusted Reviews
2020-01-31
Great vestments, well made and beautiful material.
2020-02-02
Seems to be good quality and was reasonable price.
View all reviews (526)
This page uses cookie files to provide its services in accordance to Cookies Usage Policy. You can determine conditions of storing or access to cookie files in your web browser.
Close